„An artist has no home in Europe except in Paris.“

People say you have to go to Paris. Paris is beautiful. And yes, it is but Paris never captured my heart. I felt like an alien walking on Champs-Élysées. They know their tourists and I had the feeling they wanted them to feel that way. I simply didn't feel welcome at all. I liked the small restaurant we visited but people kept looking at us. Then again my company wasn't the best. They were complaining about pasta for 10 euros in a restaurant on Champs-Élysées. That's not expensive at all and I never got that. Yes, it was embarrassing.

With this trip being quite disappointing til then I never expected any magic to happen. But it did. Magic happened when we went up to Sacré-Cœur just the two of us, ditching the rest of the complaining group. Sun had set and darkness approached but there were so many people on their way up, sitting there, chatting, making music, celebrating life. There were musicians and even a fire-eater. That was the moment I could feel the magic people always mention when talking about Paris. Maybe I'll go there again, just on my own. Maybe I'd fall in love with Paris then. Of course we tried the "Eiffel tower by night" photo which did not work at all and we nearly lost our cellphones trying to capture it.

And after all of this magic there was the incident with the bus... due to a construction side we had to take another bus back to the hotel. Standing in the middle of chaos at Gare du Nord we thought we had taken the right bus but it turned out we were going suburbian. When it got more and more suburbian we panicked and left the bus, standing in a little parisian suburb not even knowing its name. We had no idea where we were and we hadn't the slightest idea how to get back to Gare du Nord or our hotel. We had met two men of our group who had the same problem. Standing there, thinking on what to do now, a car approached and drove into a garage. Parents with two kids got out. We went to ask where we were with only my friend speaking a little French and the rest of us, including me, with no idea of that language at all. We tried to explain our situation (fortunately switching to english) and suddenly that gentleman took the baby seats out of the car and mentioned for the four of us to get in. He really drove us back to our hotel and it took us 20 minutes. It turned out he even spoke a little German, having lived there for a small time. We never asked for his name and we never knew where we had been but I will never forget that travel moment at all. Merci, monsieur!

Arc de triomphe and its nine-lane roundabout. I'm not sure it's just nine, it could be even more. No idea how to drive there and how to change lanes without having accidents. 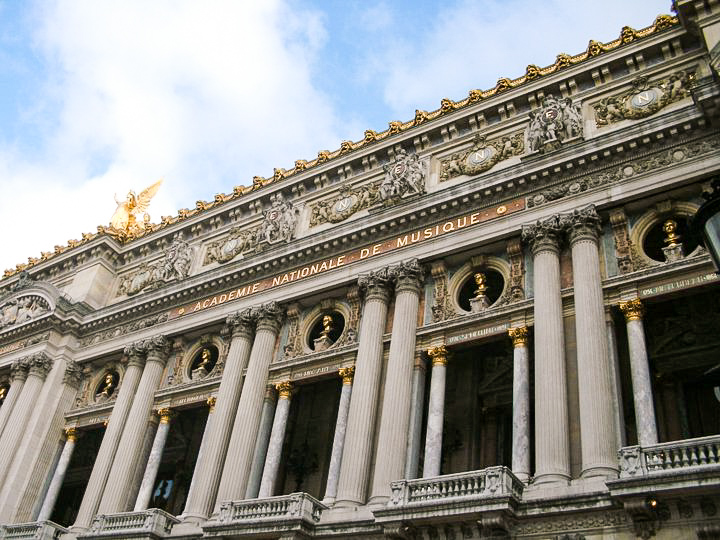 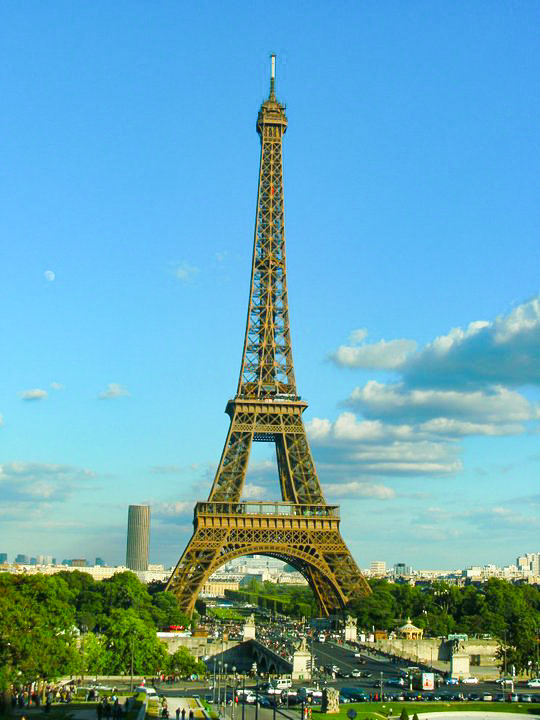 Eiffel tower close-up. I really thought it was silver. 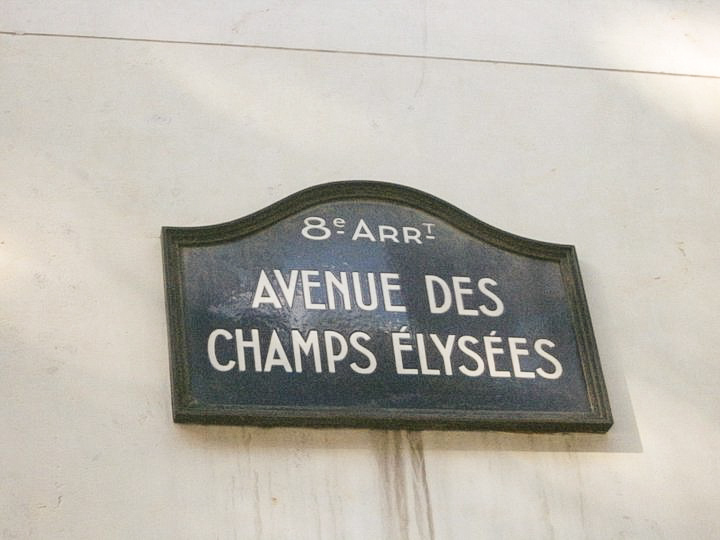 Bus shot on Champs Élysée. I always liked that one. 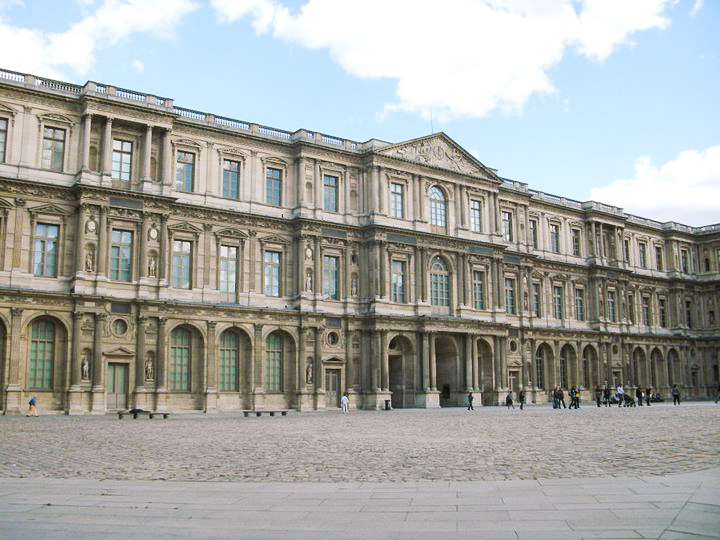 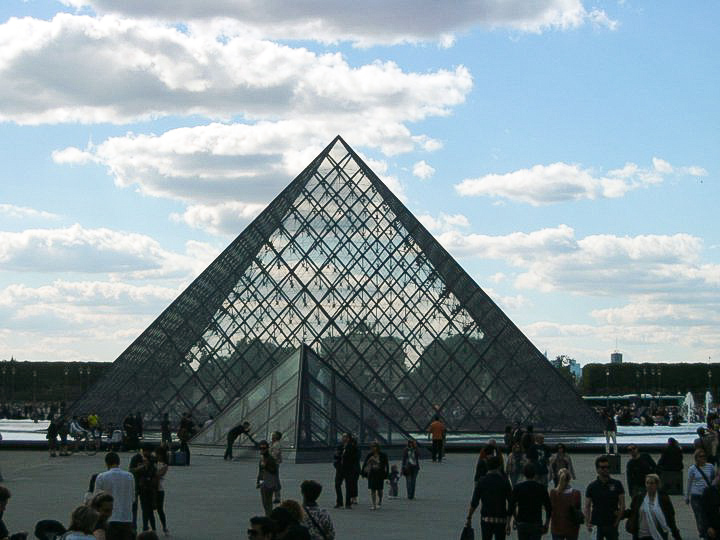 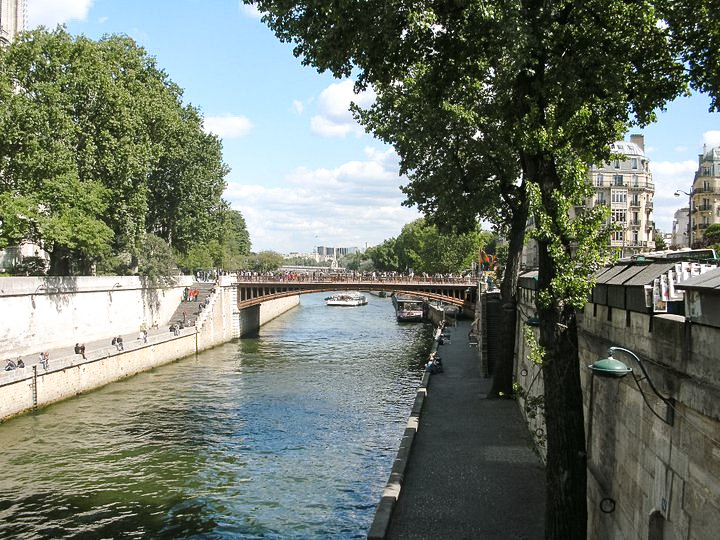 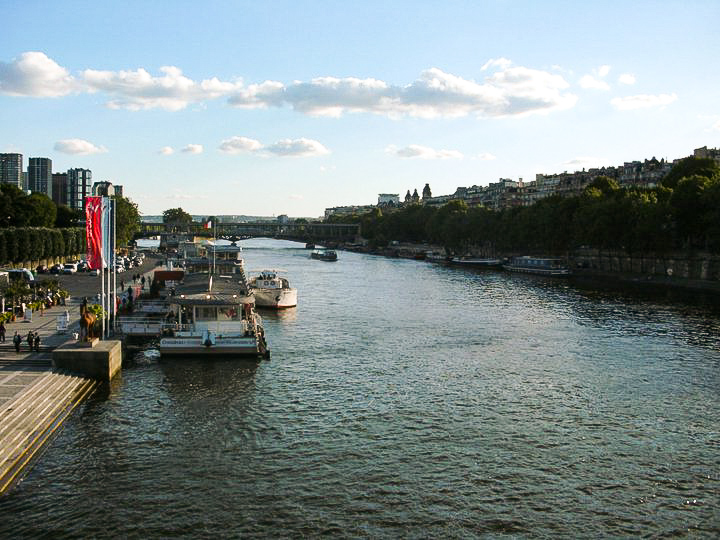 Oh, Notre-Dame de Paris! Of course I love Disney's hunchback of Notre-Dame as a movie and as a musical stage version (go see it if you can!) and I loved seeing the cathedral. This photo was taken before 2019. I felt so sorry when I saw the photos of the burning cathedral on tv and I can understand that it broke the French people's hearts. 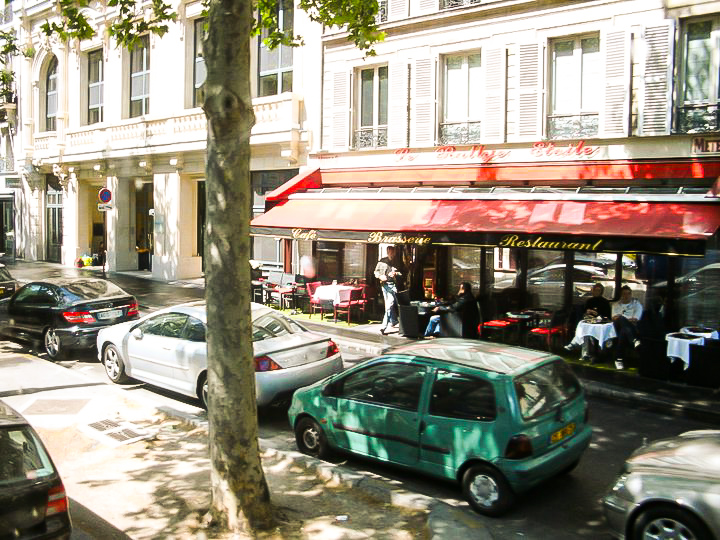 Streets of Paris at night, on our way up to Sacré-Cœur. The magical moments.