„Living on your western shore
Saw summer sunsets, asked for more
I stood by your Atlantic Sea
And sang a song for Ireland“

We traveled from Kilkenny, spending a day at the Rock of Cashel and its surroundings. You'll find it on many must-see-lists and therefore we weren't the only people there. It was pretty crowded which does take away a little magic. Still impressive to see and to feel the vibe in this old building but beware, there are people everywhere and nearly no chance to spend a second alone. You do get a great panoramic view when standing outside though. It's miles of Irish green and if you ask me, yes, it is a different green. A very unique green which you probably only find in Ireland. More information on the Rock of Cashel. 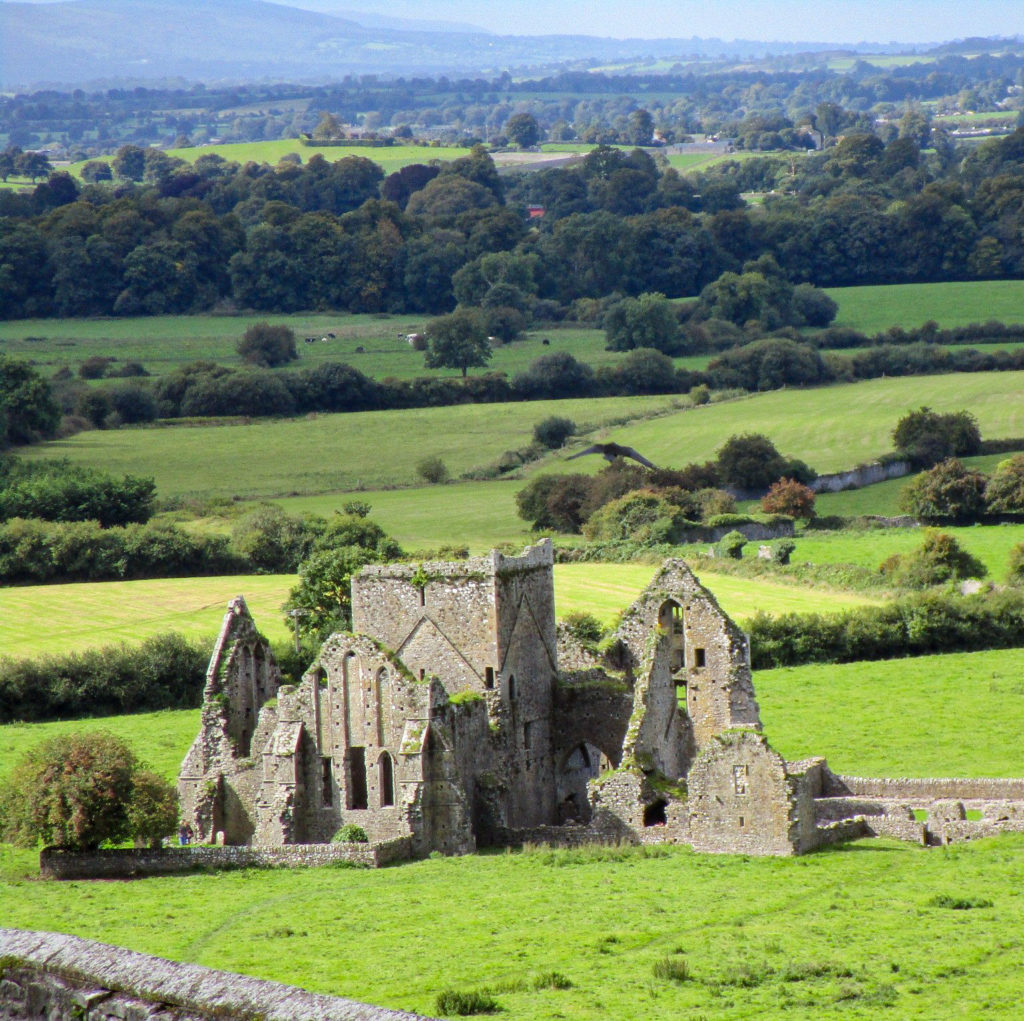 When you think of "Ireland" that's what comes to ones mind. And you will find it around every corner. 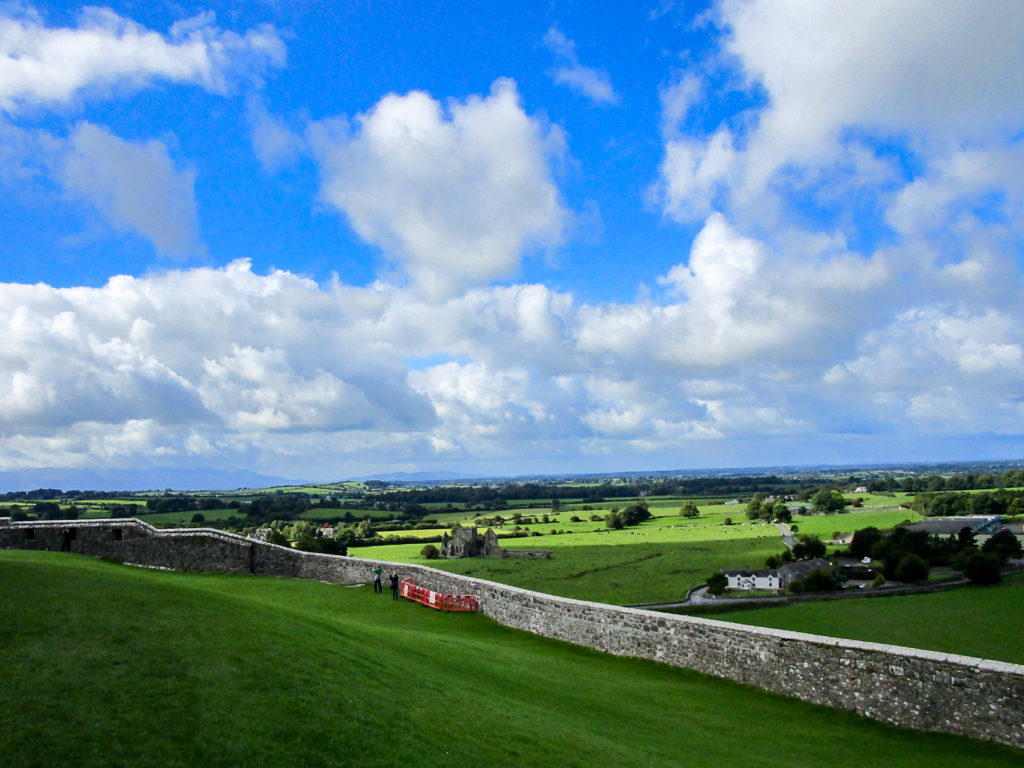 Our journey took us to Cork, which I didn't like at the first sight. I thought it was just another big city, lacking the Irish charme that Kilkenny and Waterford had. It took some time until I realized that it is a big but beautiful city with a different kind of Irish charme. Still not my favourite place but worth visiting, especially the Cork City Gaol. 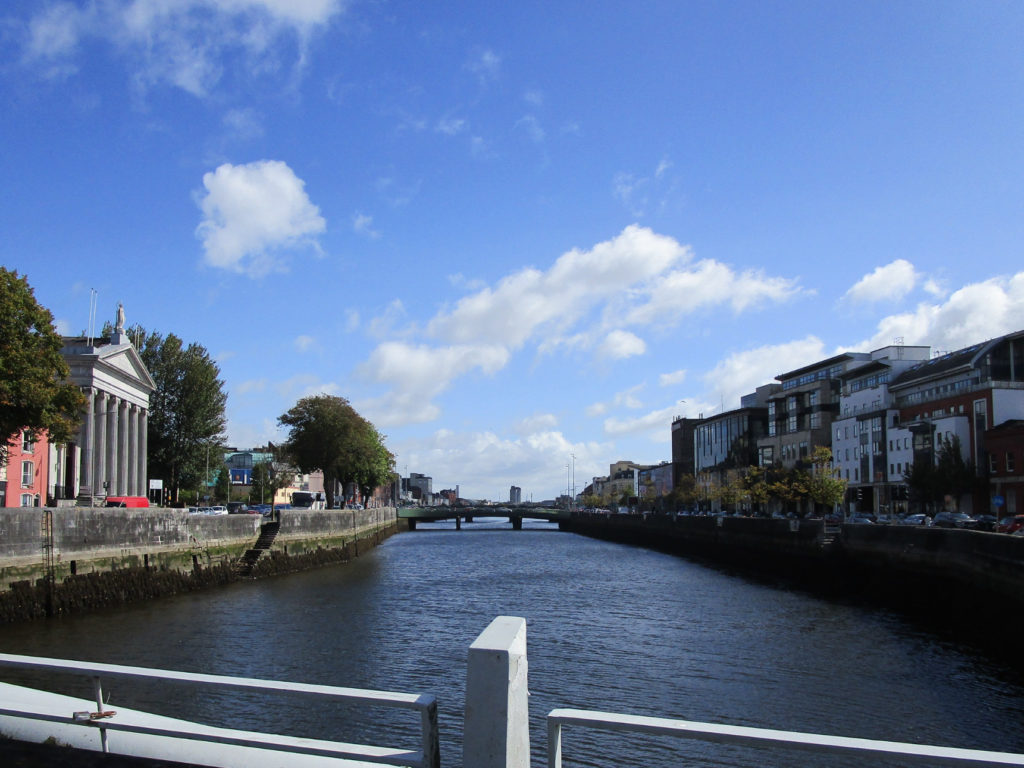 We randomly got to the small city of Kinsale and as I already said, those random moments are often the best ones. Kinsale is located at the sea, featuring even more colorful houses. It's not very crowded and that made it even better. We had great fish & chips and went to a very small giftshop where we bought cheap jewellery. Still wearing my Kinsale ring (8 euros) every day and nearly cried two times when I thought I had lost it. 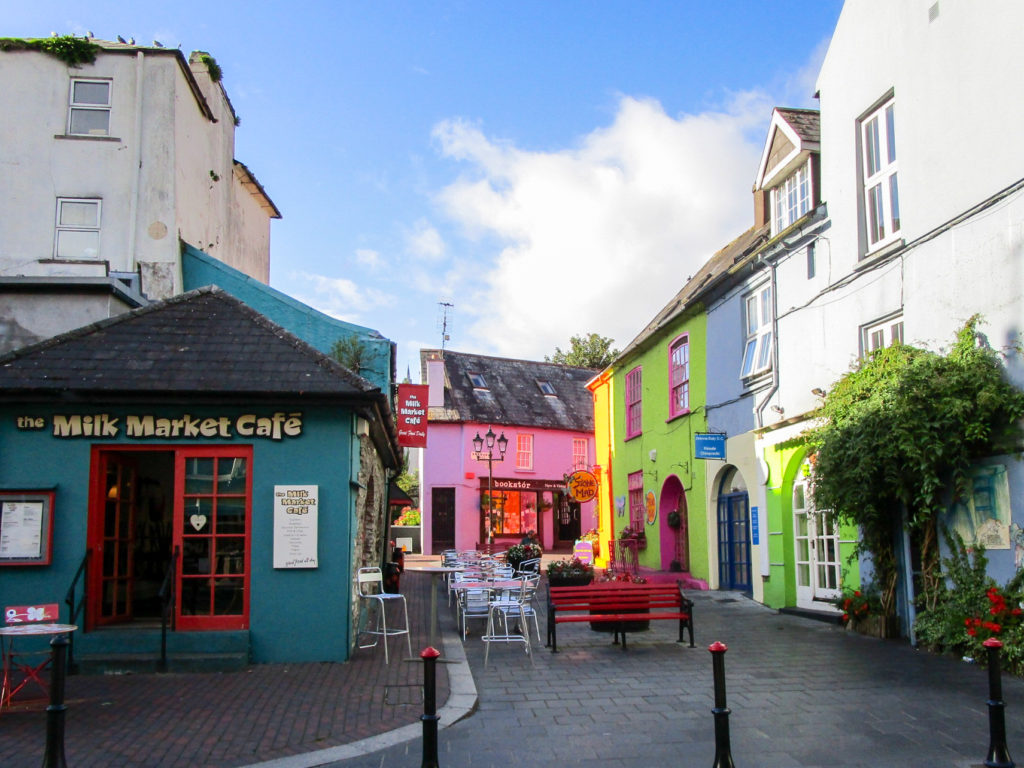 The colourful tiny houses in Kinsale. You could find nearly every color there. 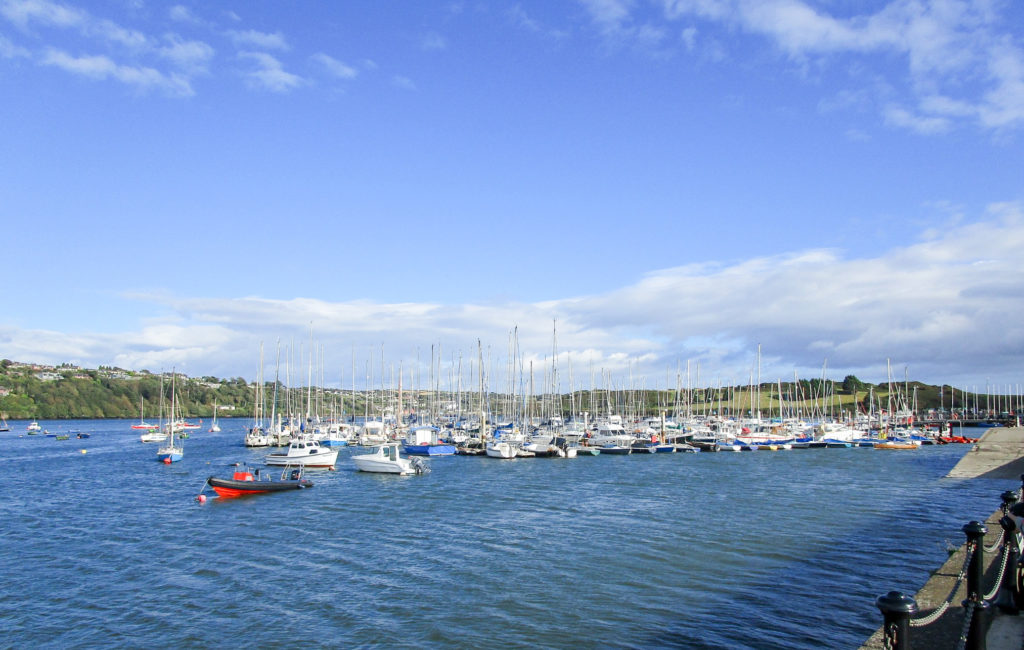 The small Harbour of Kinsale. Kinsale was very sunny with only a sudden Irish rain passing by.

Killarney was one of my highlights during the whole trip. We wanted to stay in the city itself but unfortunately there were no free B&Bs anymore since we arrived on a Friday and wanted to stay til Sunday. That's a big problem when you're using vouchers and want to decide where to go next. They say it's difficult to find a free room during the weekends which we hadn't thought about. In the end we found a B&B which was located 30 minutes off the city, near the Nationalpark. It was owned by a lovely old lady whose husband had died not long ago. She made the very best apple pies for breakfast and she had a beautiful garden full of blue and purple rhododendrons.

Killarney itself was great to visit; a city full of life and pubs and music. We spent a wonderful night at a pub (don't remember its name) where some guy sung a very interesting song called "The Fifty Shades of Grey".
We took a tour to the Killarney Nationalpark and I hadn't expected Ireland to have such a different coutryside. No green but shades of brown and orange and hills and something that looked almost like mountains. If you can, just drive around and spend time watching the clouds. 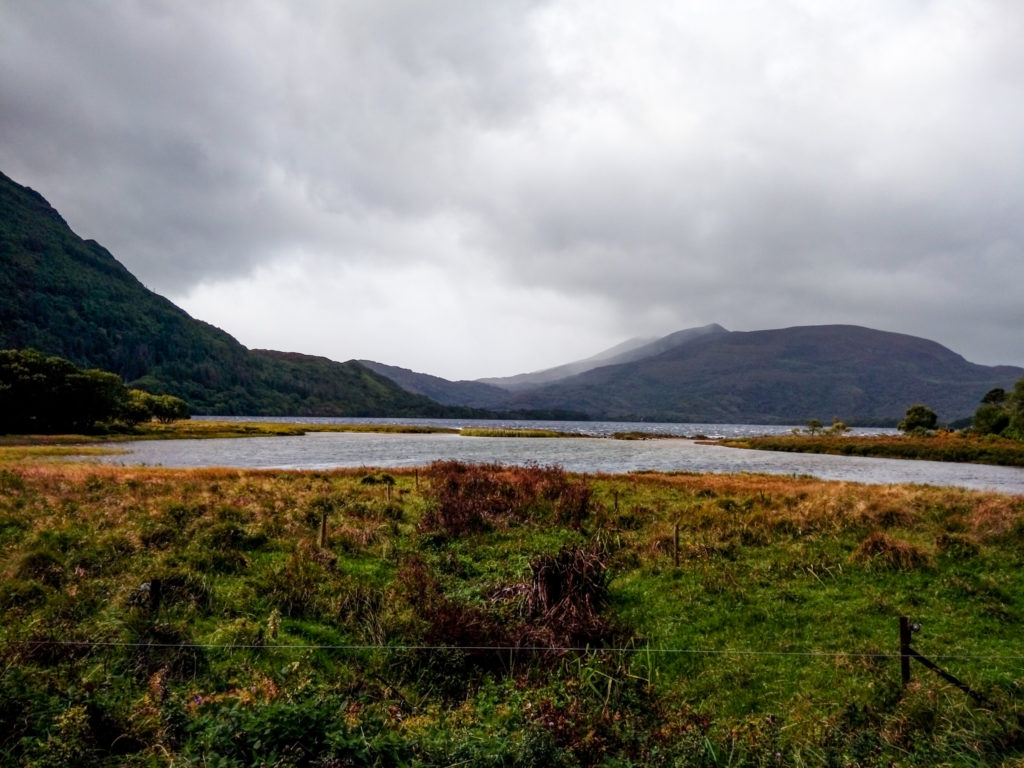 One of my favourite photos. I love the colours that are very different from all the greens we saw. 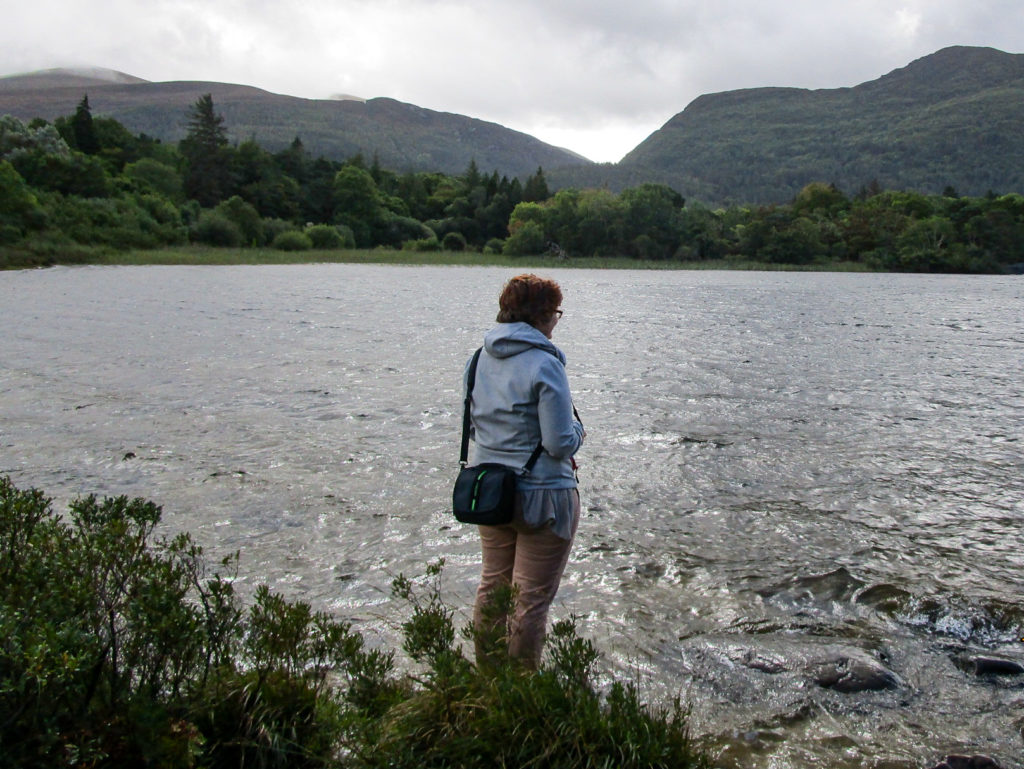 Still wondering what Jenny was thinking about. 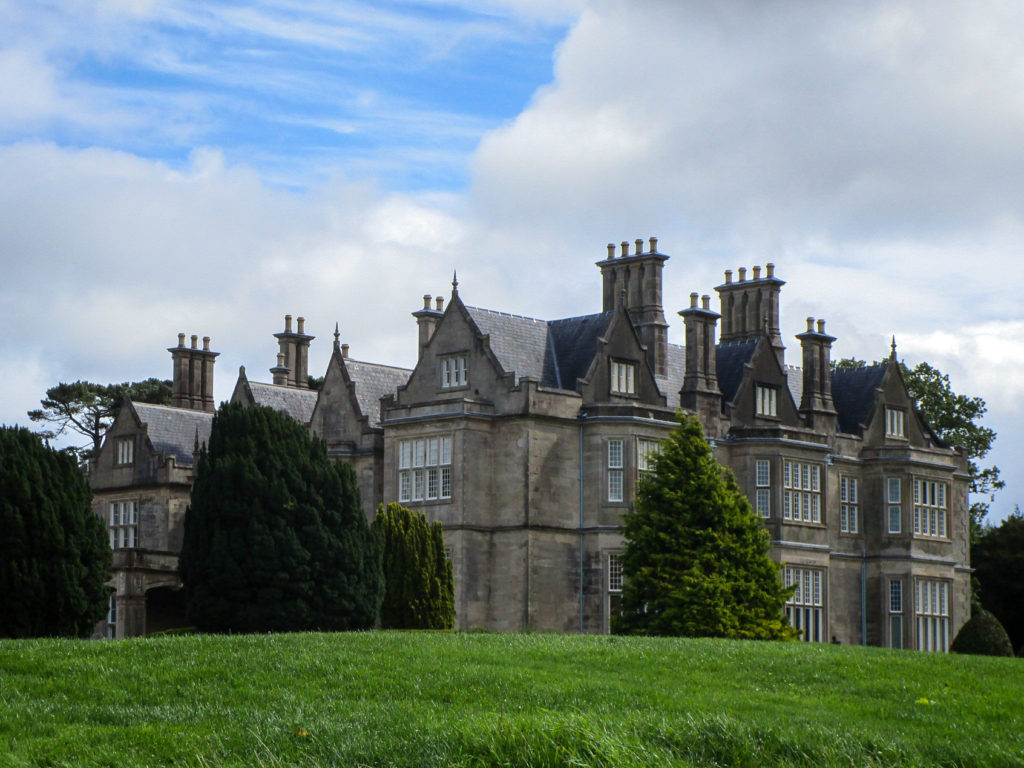 Muck Ross housefrom where you can start amazing walking tours. 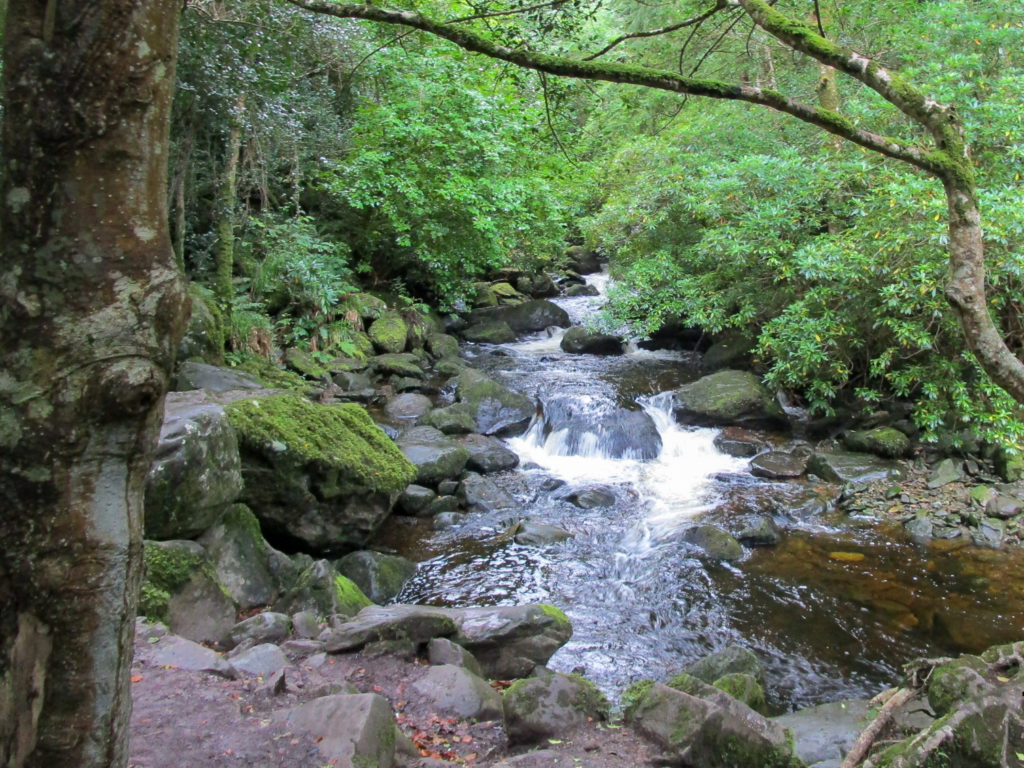 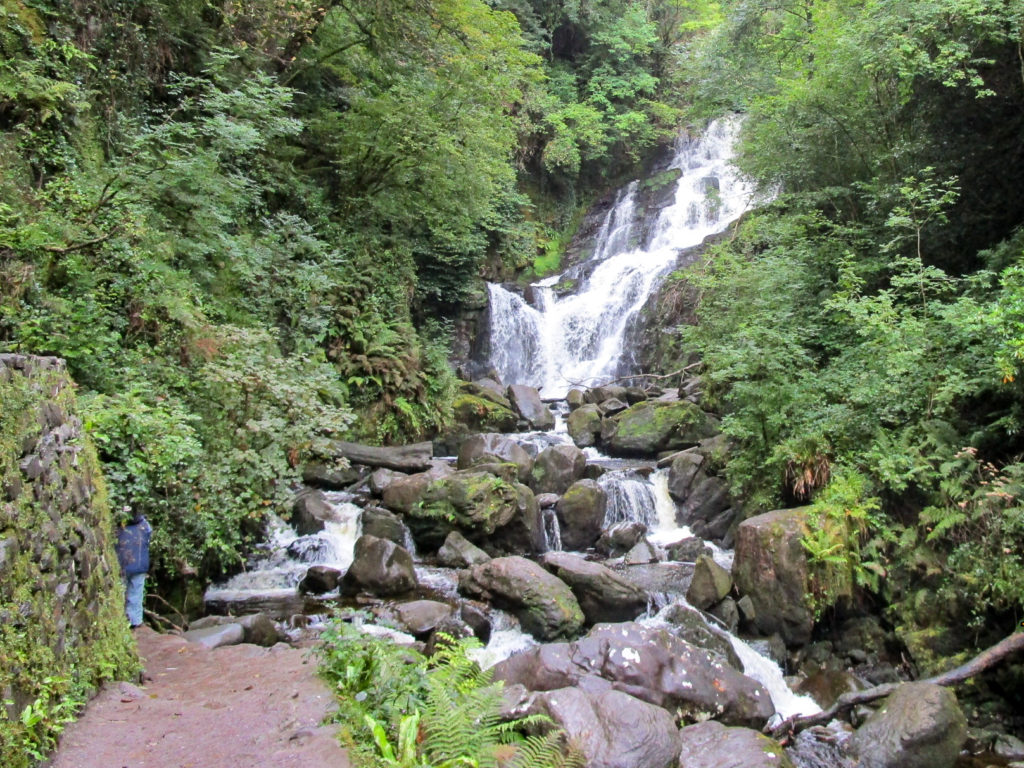 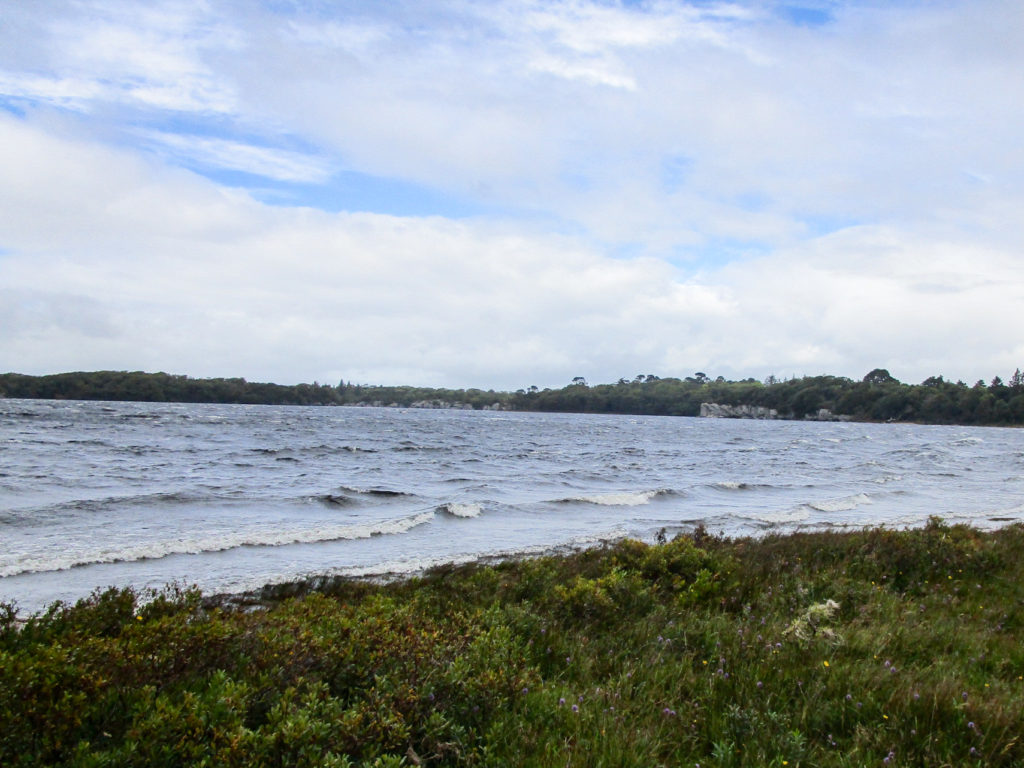 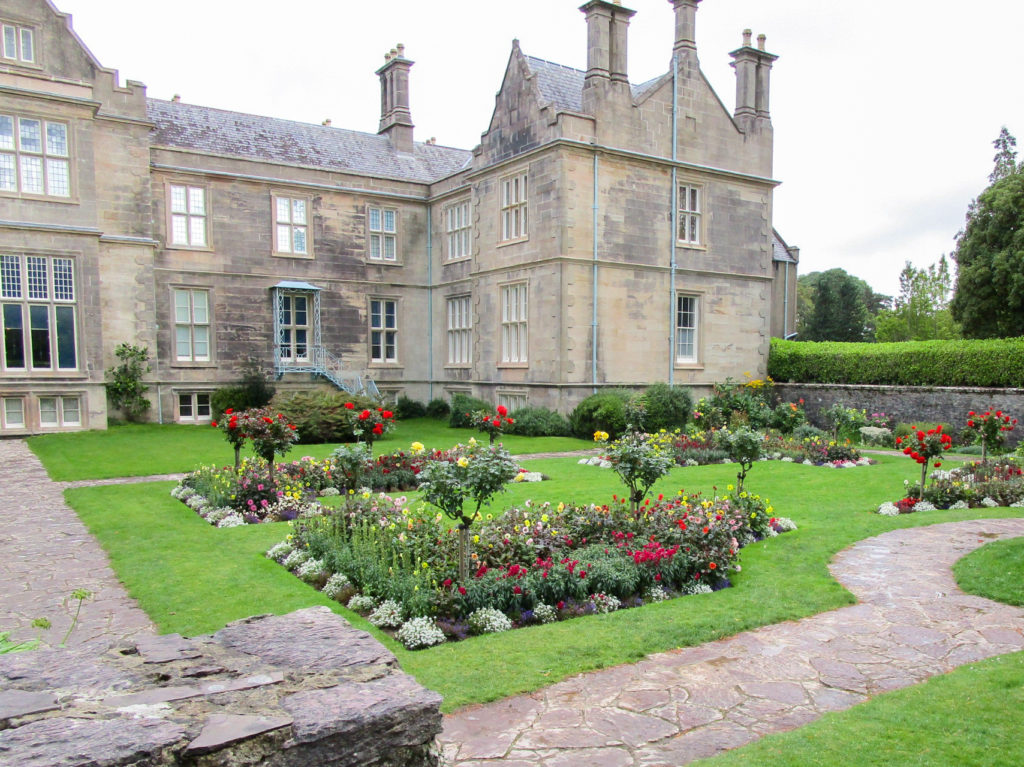 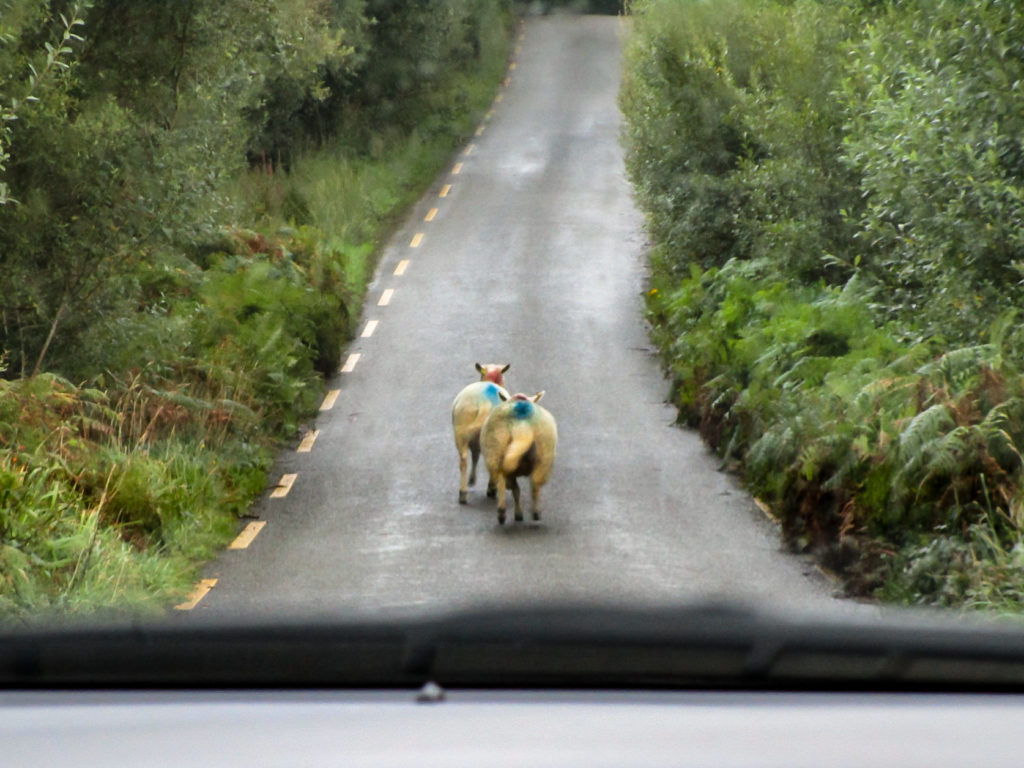 When these guys show up, you simply have to wait. No honking! 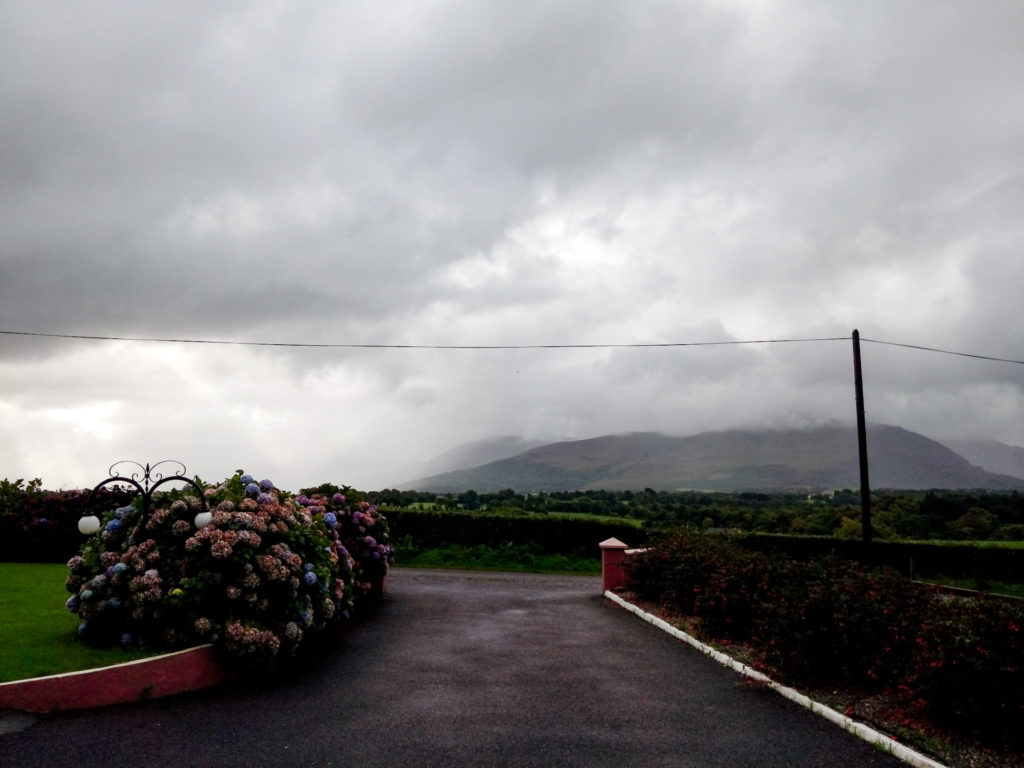 The view from the B&B with the rhododendron. Clouds at the sky, coming from the mountains. I could have stayed there forever just watching the clouds and drinking tea and eating apple pie. 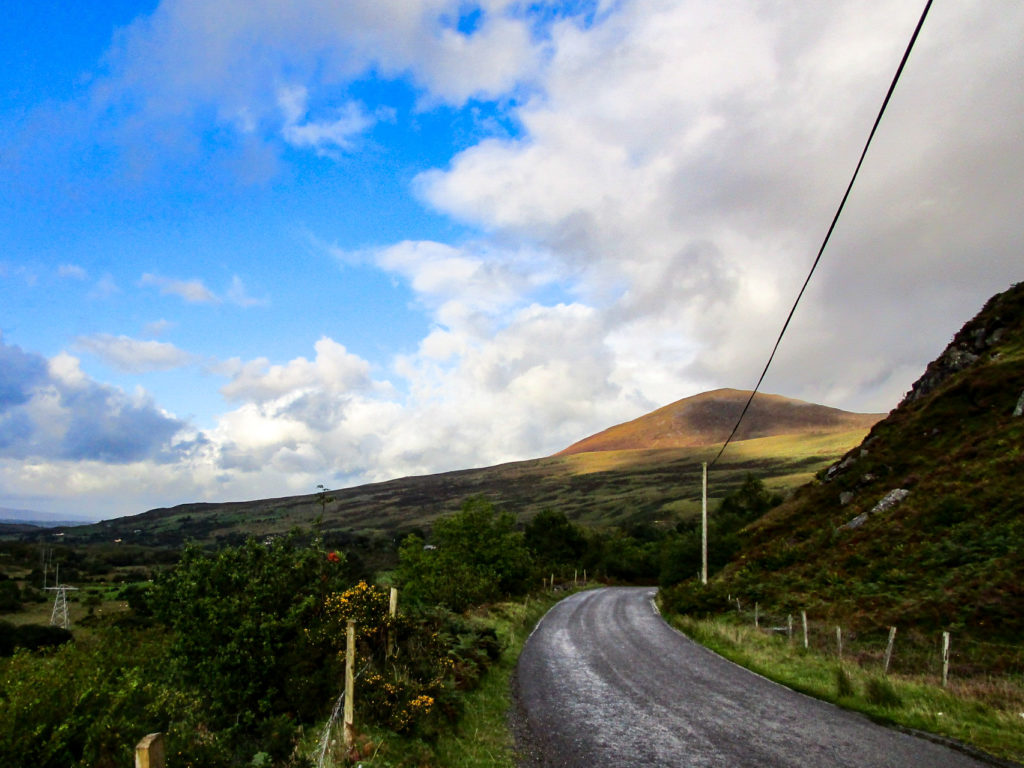 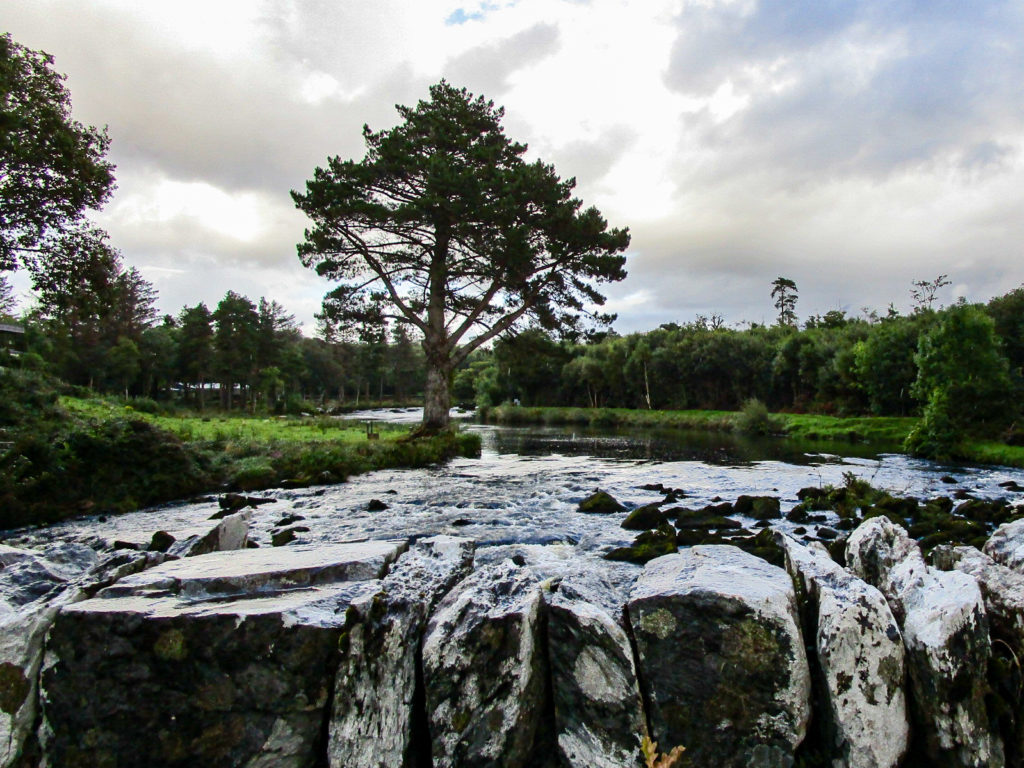 Next part: Cliffs of Moher to Dublin