I'd like to start part 3 of my Ireland series with a few words on Limerick. Oh, Limerick. There are no photos of this city at all because I took none. We arrived in Limerick on a sunday and it was just a town, very big, nothing special and everything was closed. And by everything I really mean everything. We ended up having "dinner" at a shabby McDonalds instead of some pub because we found nothing. We were happy to leave this city at the same evening, going back to the weirdest of all B&Bs with a room full of two beds and no space left at all. The lady was lovely though and the whisky ja delicious.

More information on the Cliffs of Moher.

When you're going to Ireland you have to visit the Cliffs of Moher. The nearer you come the more people you see. It's full of people but it's not that bad. Let's say it didn't bother me as much as it did at the Rock of Cashel. Once you are on top of cliffs with the ocean at your feet and the strong winds blowing you almost forget all people up there. The wind was so strong that while walking next to my friend some squall took me ten meters in front in seconds. When the wind got stronger they even closed the platform (minutes after we had been there).

You may walk on paths along the cliffs and although there are tons of signs warning to step beyond, many people did. Felt pretty crazy; I'd never do that or suggest that. There's a small official path that has warning signs to since there's no railing anymore and we decided to not walk that path due to the strong winds. All in all it's a must-see, really. Still not knowing what I'm talking about? More information on the Cliffs of Moher. 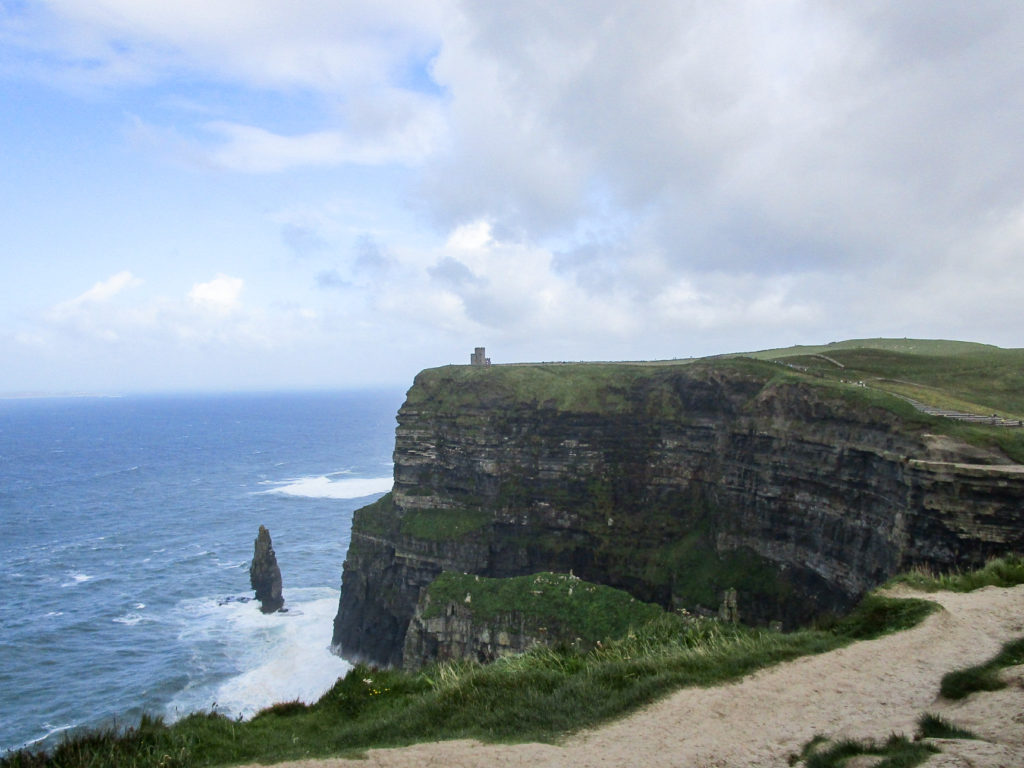 No photo truly captures the gigantism of the Cliffs of Moher. This is my approach and still my mothers and grandmas favourite of all of my Ireland photos.

Thinking of the Ed Sheeran song? Me too. I will never forget Galway and I am absolutely sure I will visit this city again. It became one of my most favourite cities in the world the moment we arrived there. Galway had its own spirit; it's young and trendy and yet Irish. So it was no surprise to me when I heard it became European Capital of Culture 2020 We stayed near Salthill, a part of Galway with a sandy coast which somehow reminded me on the netherlands. The B&B was lovely and we had a very big room there. We basically spent the days there walking through the city, along the harbour and beach. I must admit I was waiting for the evening to arrive so we could go to the pubs and enjoy our time. We went to Quays on one night and had a fantastic meal but all three of us smelled very bad of fried fish and mussels afterwards. We even had to wash that stuff and tried to dry it in the shower. Fun note - when we came back later our lovely host had taken the clothes to dry and even ironed them for us.

I'd also like to suggest The Kings Headwhich wasn't as packed as many other pubs. Plus they do a great Irish Coffee. Our favourite by far was and will probably always be The Front Door We spent three evenings in a row there, being seated before everyone else on the third evening since they already knew us. It is not one of the traditional pubs I must admit but I loved the food and the whole atmosphere there. They got a great whisky selection there and this is the place I drank my first whisky and immediately liked it. They offer the special Galway Bay whisky which is available in Galway only and can't be ordered online. So if any of you guys goes to Galway please bring me a bottle! Oh, and if you're into sweets, make sure to visit Aunty Nellie’s Sweet Shop! 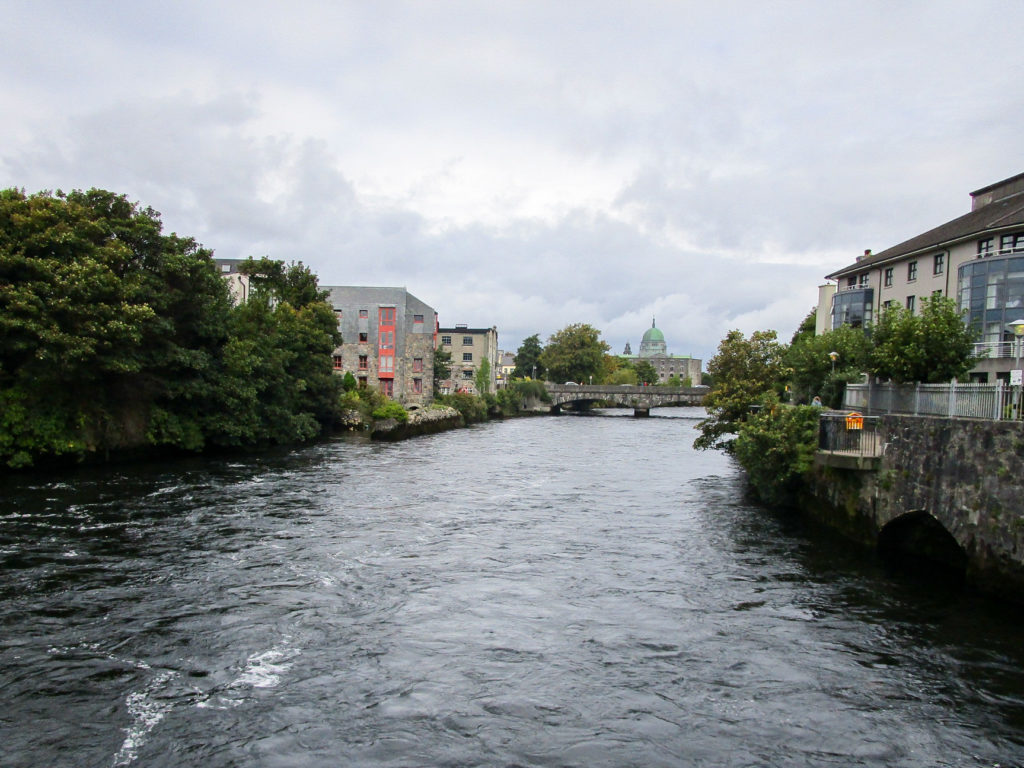 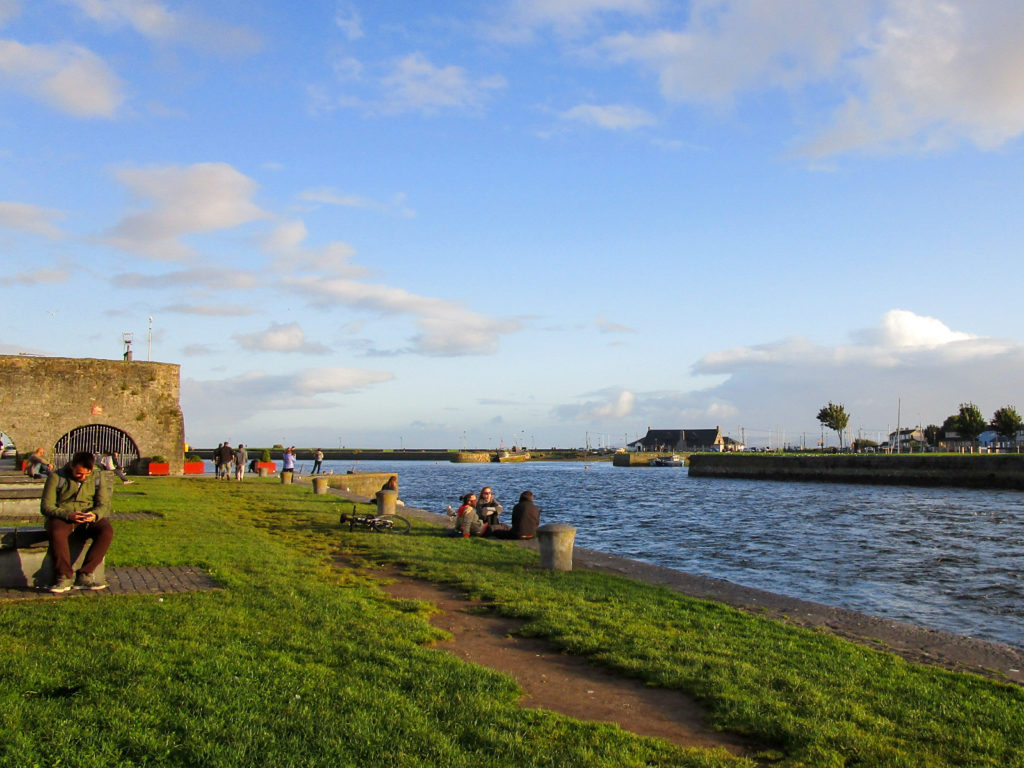 Part of the harbour with people just enjoying the afternoon sun. 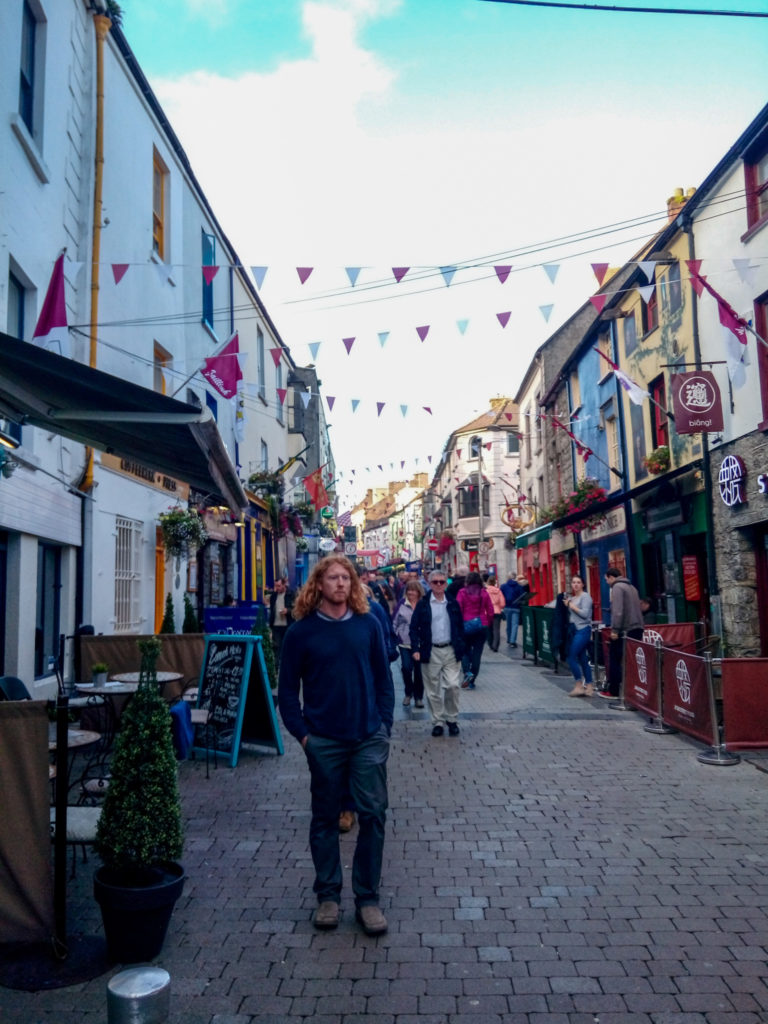 I don't know that guy and never spoke a word with him but I'm still thankful he made that photo nearly perfect. 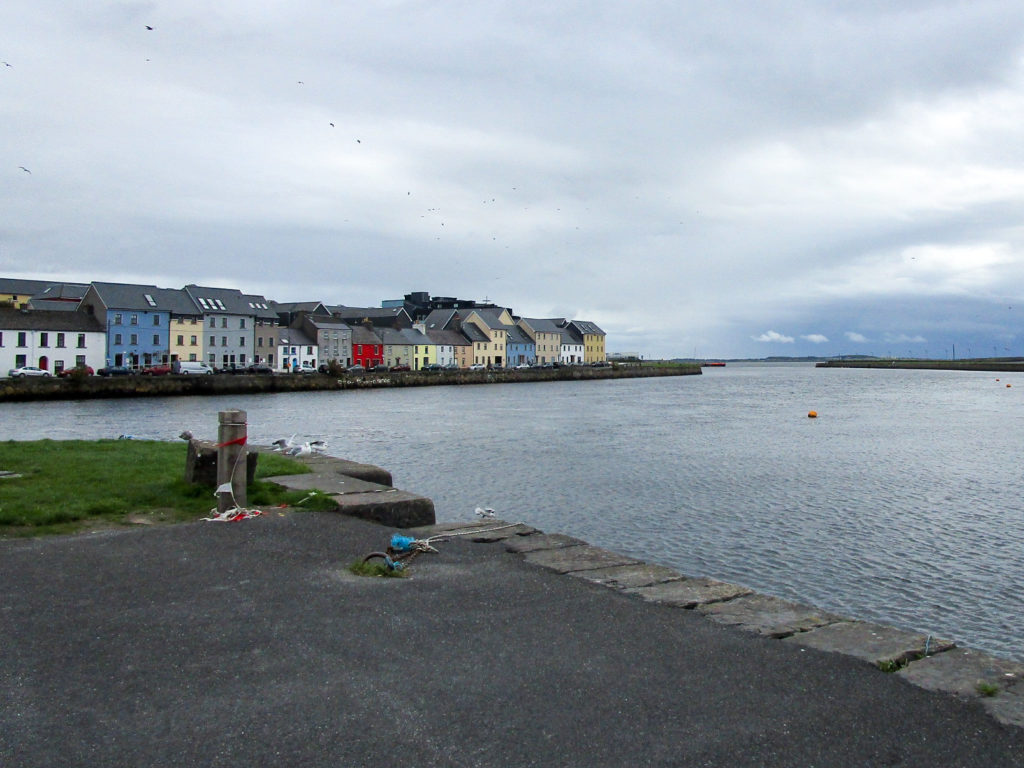 Check Ed Sheeran's video to Galway Girl and pause that the end. You'll recognize these houses. I read the rest of it wasn't shot in Galway though. 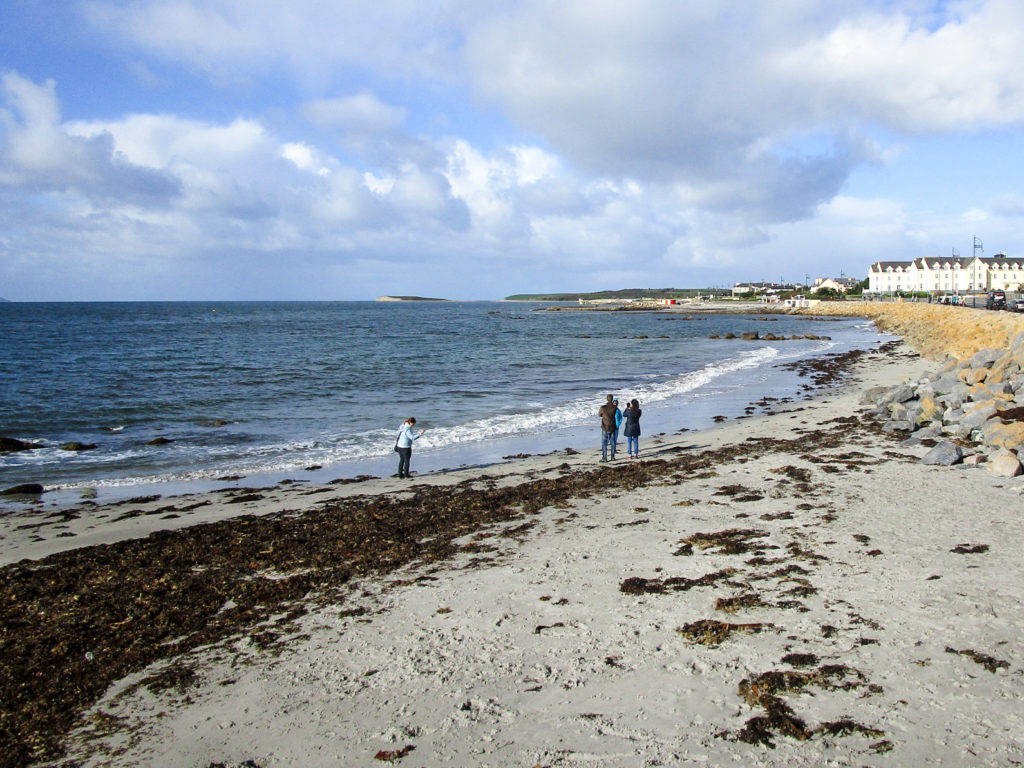 This is Salthill, still reminding me on the Netherlands coasts.

People ask me "What did you think of Dublin?" The truth: it was a city. A very big one which its own charme but nothing compared to the smaller towns we had seen during our trip. So when we got back to Dublin I was a little disappointed. I guess once you've seen all the magic Ireland has got to offer, Dublin can't impress you much. At least not me. We took a hop on/hop off tour by bus to get to know the city as such which I strongly suggest. Afterwards we were curious and walked to the famous Temple Bar which was so crowded we never even thought of trying to get in. We had dinner near which was way too expensive and crowded. We found a nice little pub near our hotel for the very last evening but I gorgot its name. I think you need locals to show you the hidden jems of Dublin far away from all those touristic spots.

And that was Ireland. While writing this last post we're thinking of doing another car tour (not in Ireland) and I can't wait. Of course it's no vacation in the sun where you may relax and chill all day but you get to see so much! I liked every minute of this trip and would absolutely do it again. I am pretty sure this hasn't been the last time I visited that beautiful green place. 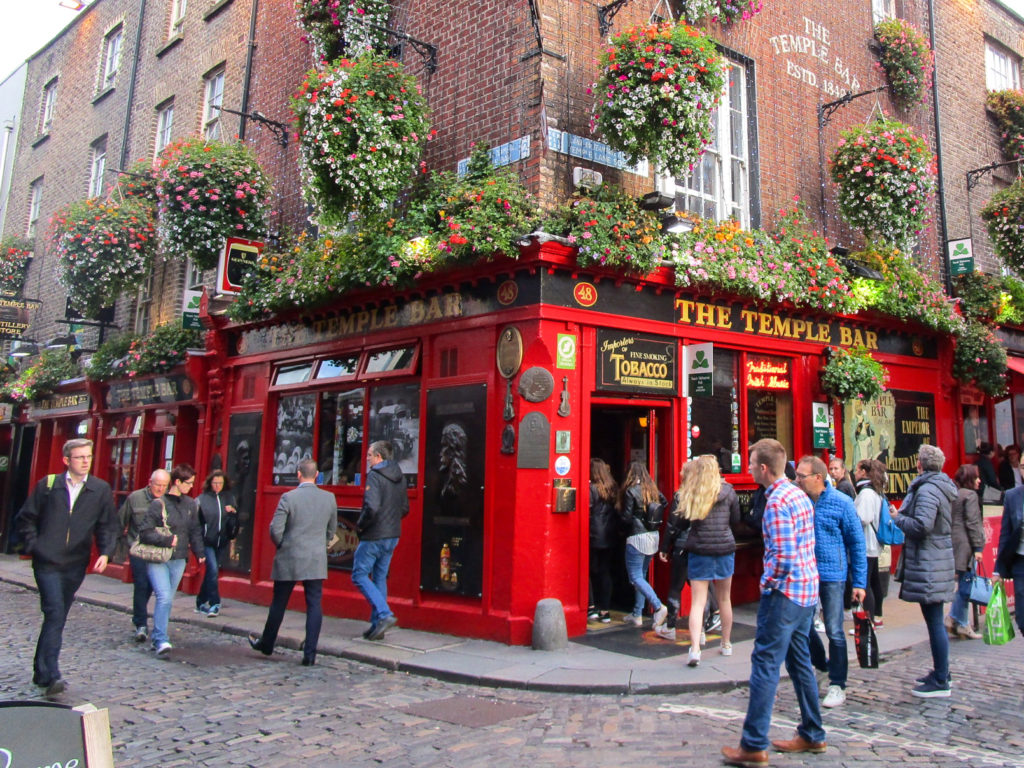