There's no rush when you're by the sea."

Traveling in Corona times isn't an easy thing to do. My parents wanted to spend some time in the Netherlands but instead went to the North of Germany - the city of Cuxhaven which is close to Bremen. You may even go to Hamburg from there. My brother and I decided to join them for three days, driving about five hours up there. I like to be at the sea for a few days - the air and the waves always make me feel comfortable and on vacation. 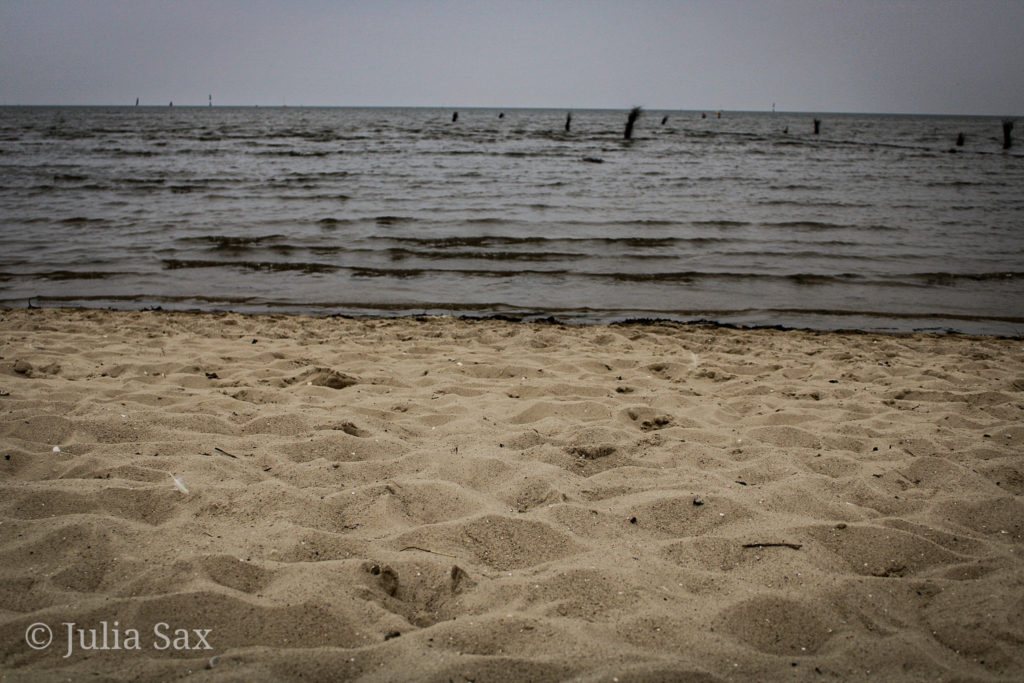 What I like the most: kick offyour shoes, sit down on some towel and just enjoy the view...

While you couldn't swim in the sea (at least I could not because it was way too cold), it was easy to do some cycling. I don't like to spend a whole day on the beach, lying in the sun anyway so it seemed to be a good idea. Long story short: it wasn't. We rented some e-bikes since my parents had brought their own. I'm quite short so all rental bikes are usually at least a little to big for me. But it felt okay. We drove through the dunes for a while and had amazing fish at Seute Deern. 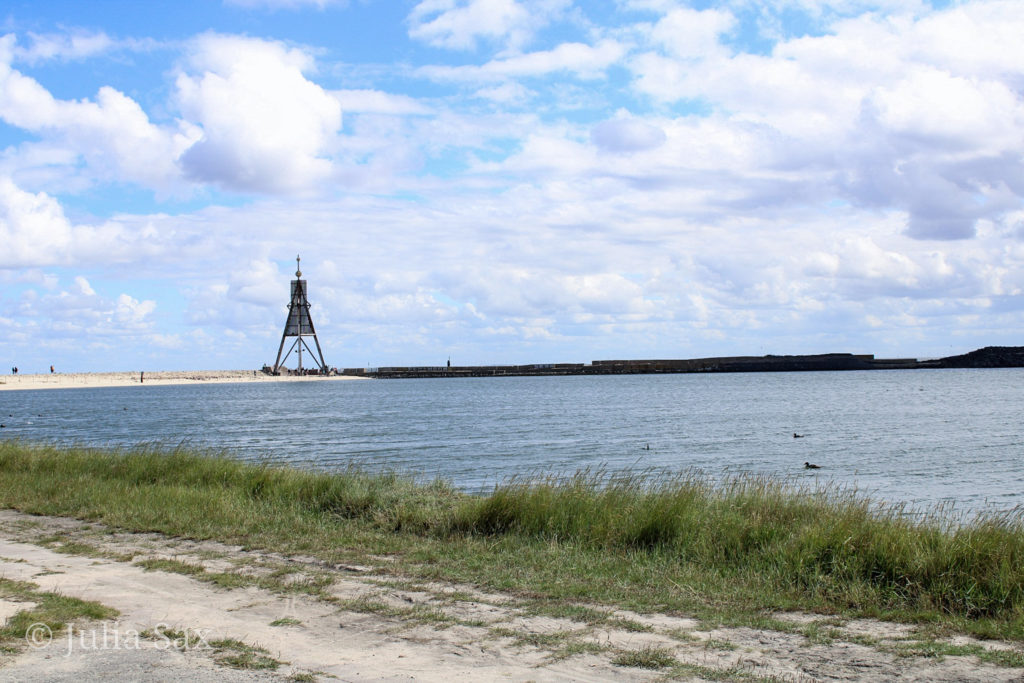 Kugelbake, a landmark of Cuxhaven. There used to be a lighthouse at the Elbe estuary, nowadays it's just this landmark. 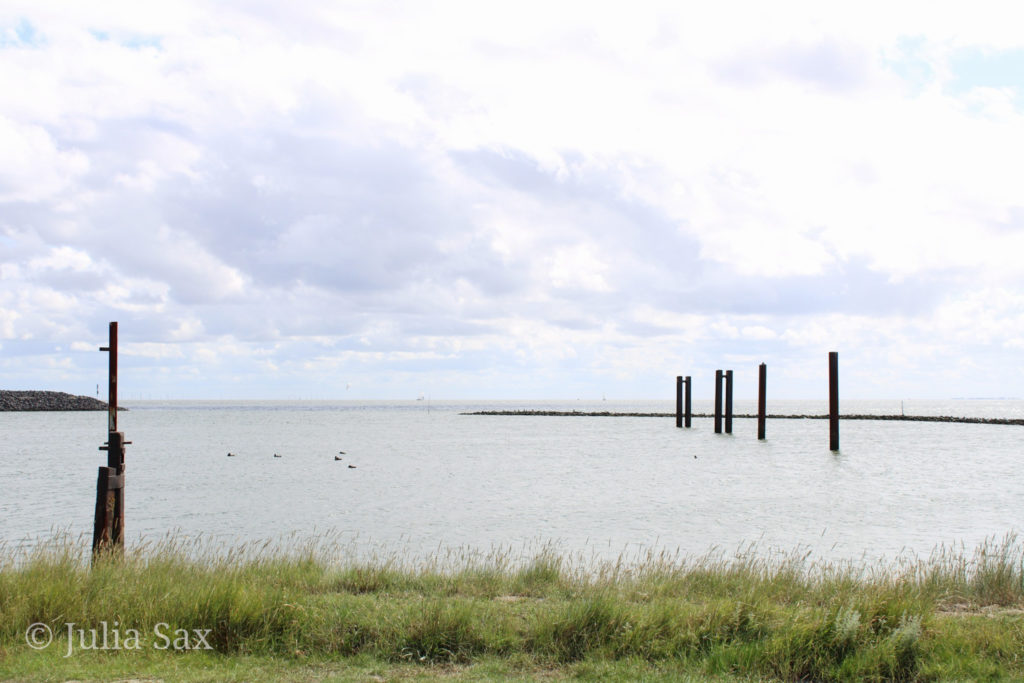 Cycling along the coast! 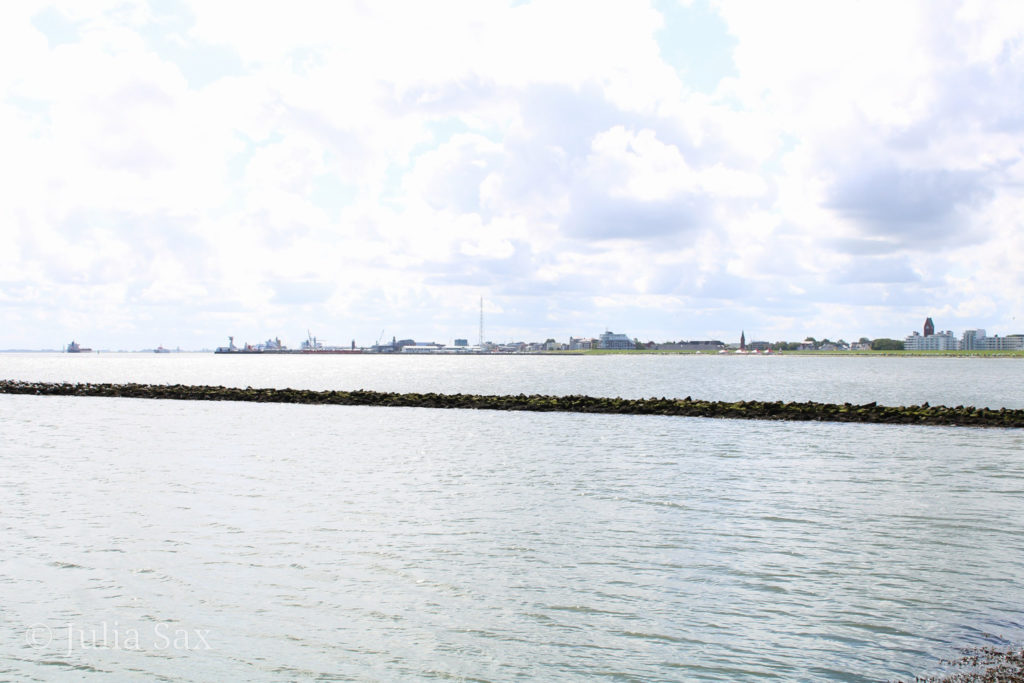 The view of Cuxhaven. 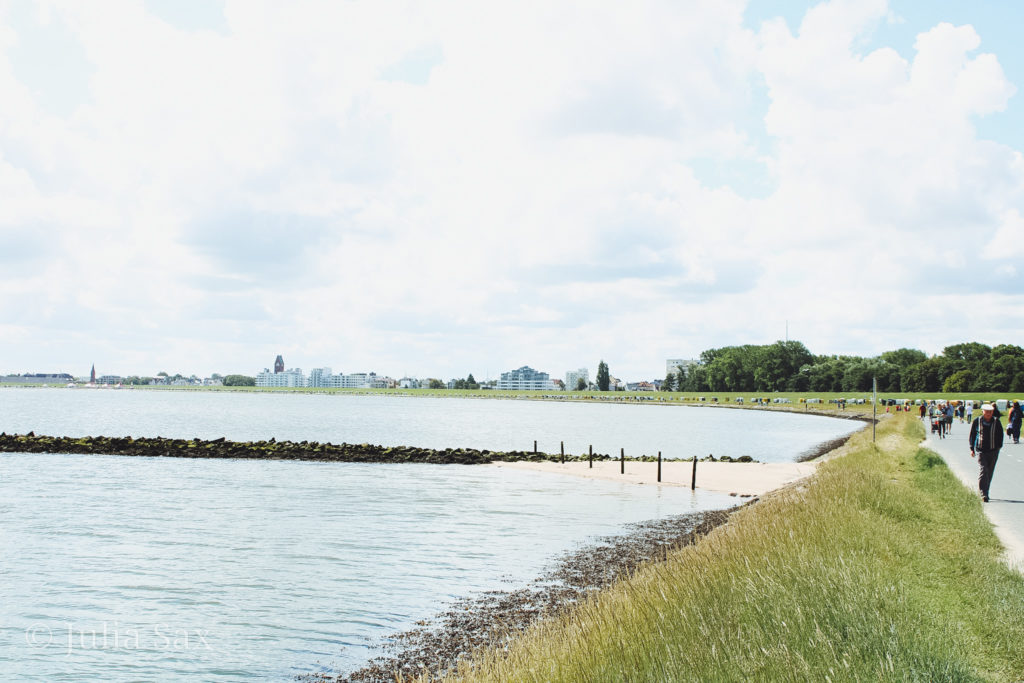 On monday we wanted to visit a small village which was said of that it should be quite beautiful. It wasn't. And everything was closed. Which wasn't the problem. Cycling felt good during the first few hours. It clearly did not after 52 km. My whole body hurt for days, my back even til friday. On top of that my dad had a cycling accident when some woman didn't concentrate on the path before her but turned and spoke to the kid behind her - while cycling. Thank god he wasn't hurt bad but the day ended bad. Not such a nice day all in all. 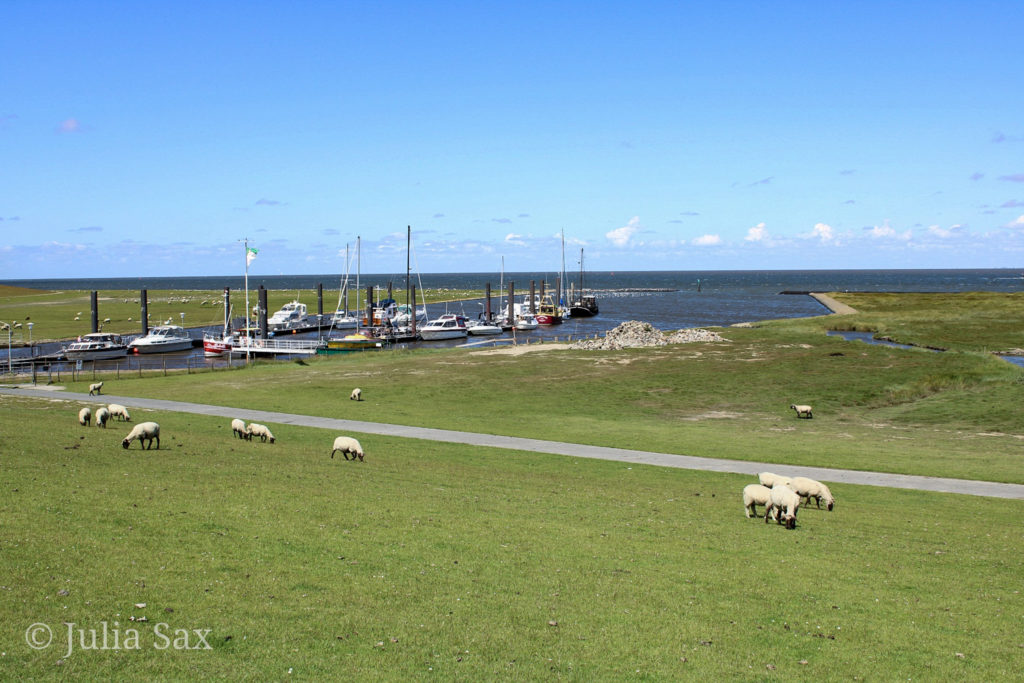 These sheep graze on salt meadows. You may cycle along them. 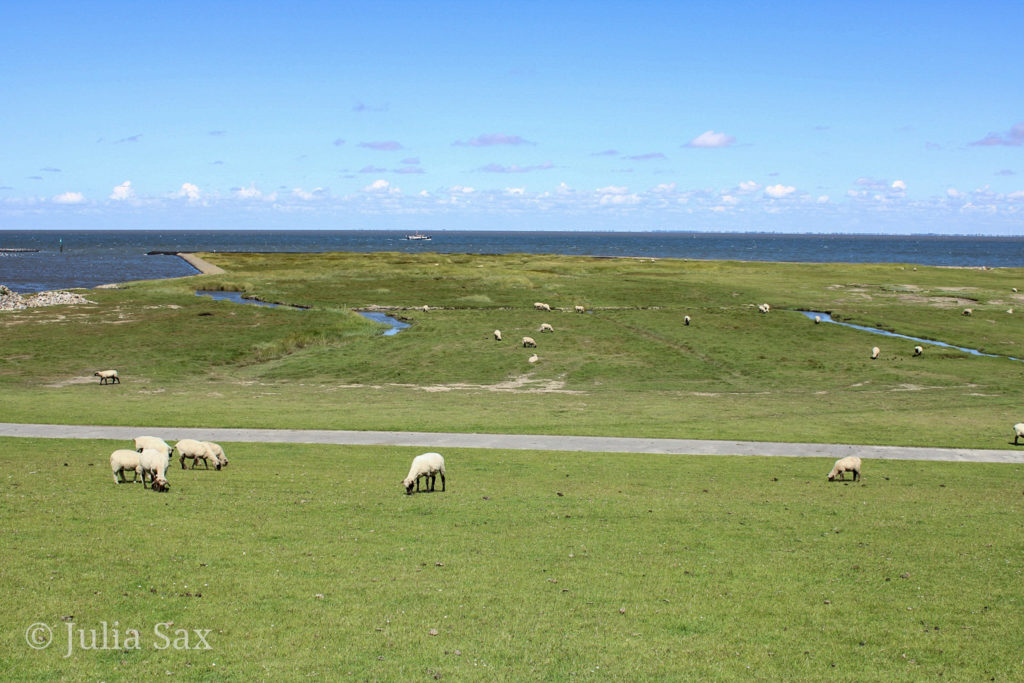 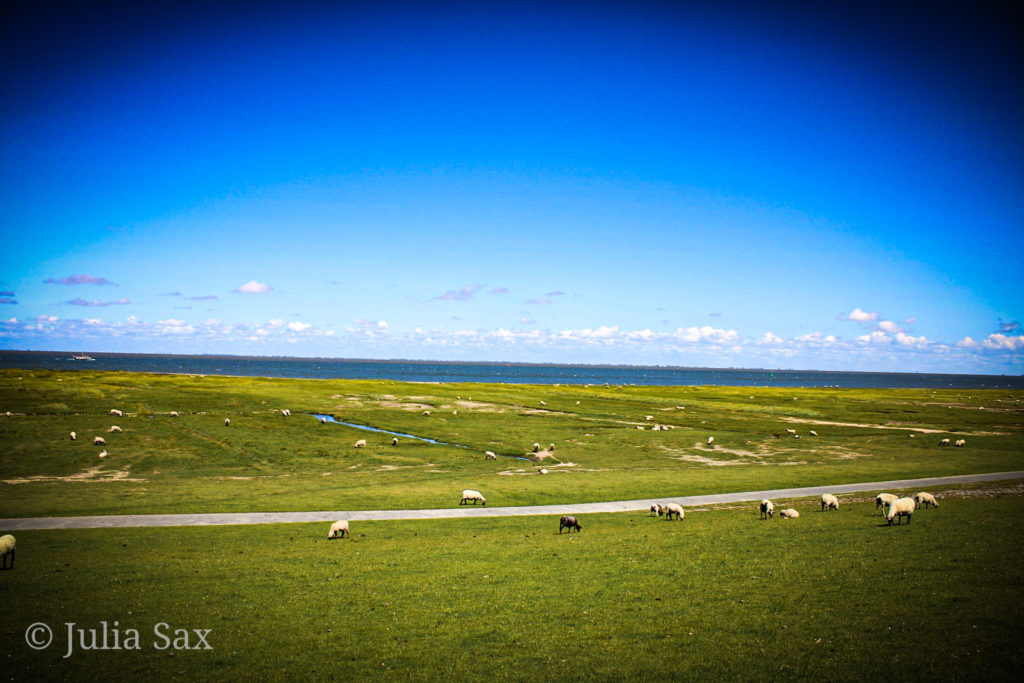 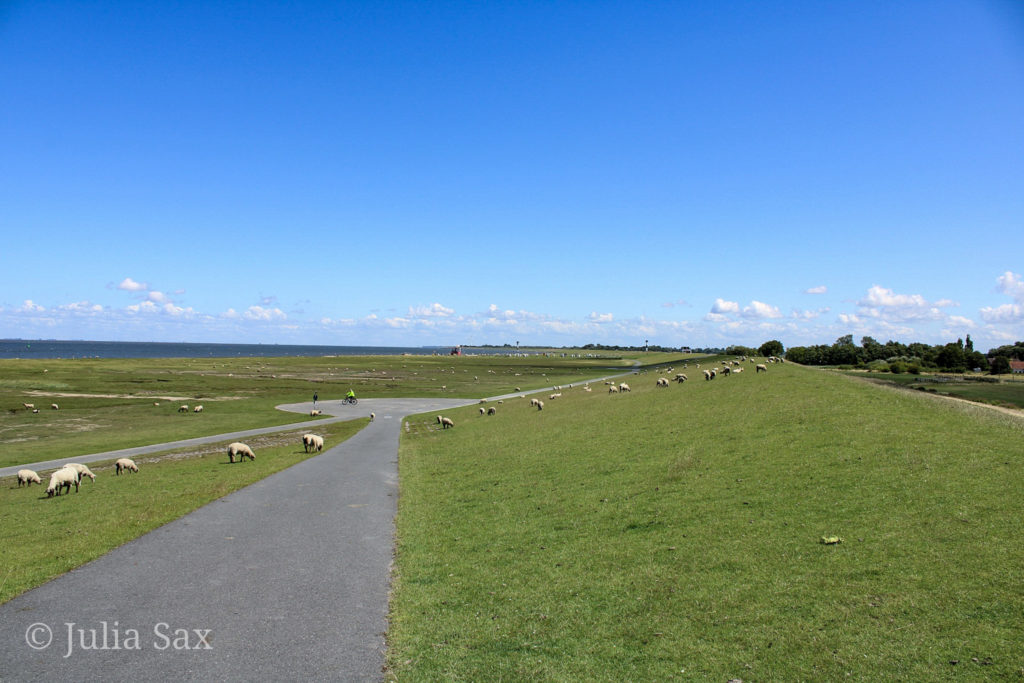 All in all great for a few days - but not more. Walk along the sea, breathe in the air, cycle a little (!) and enjoy the view. A good place to take a little timeout. 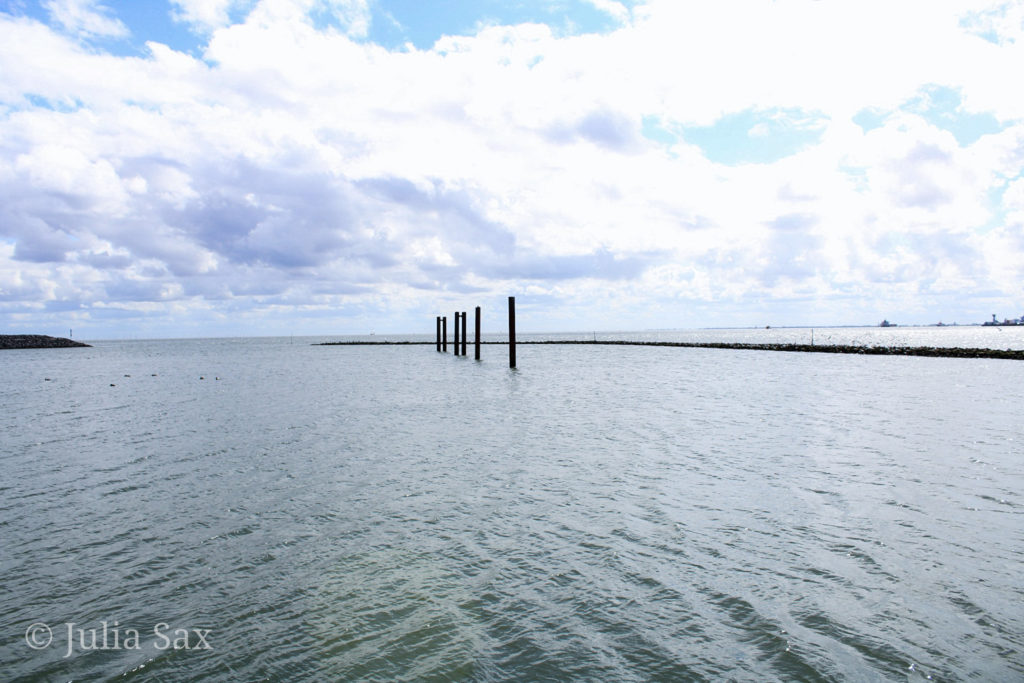 There's no such thing at home... 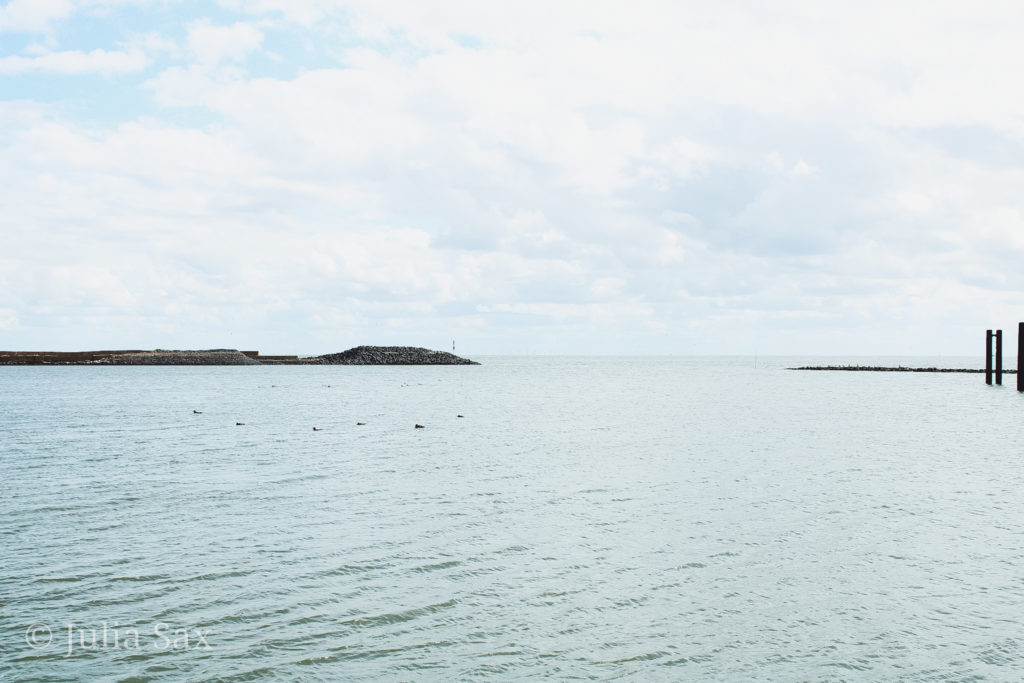 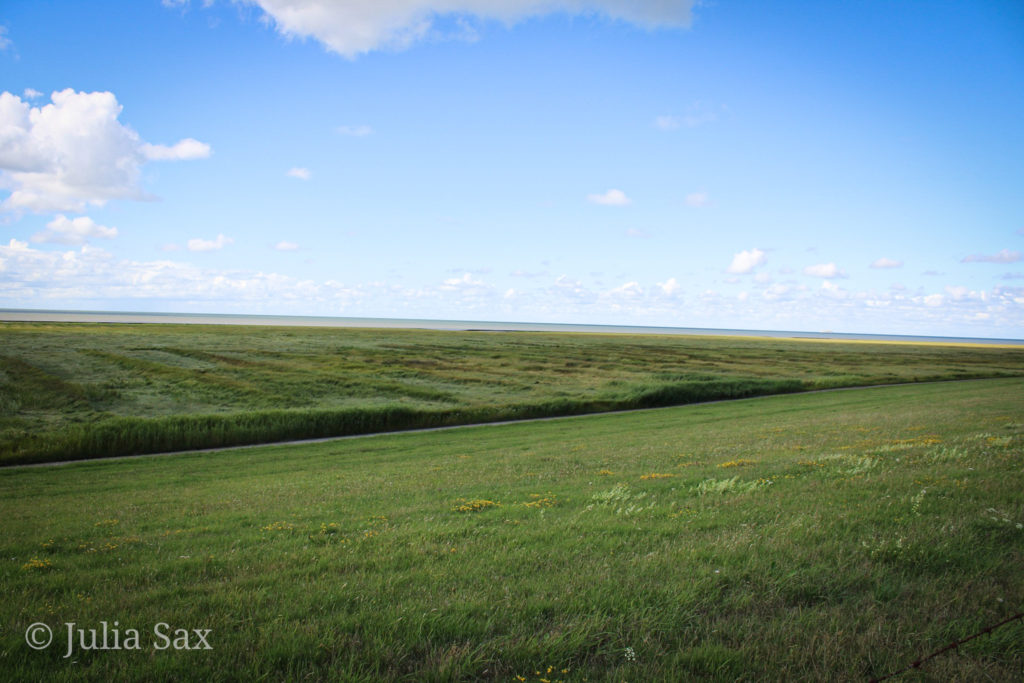 Cycling through the dunes... 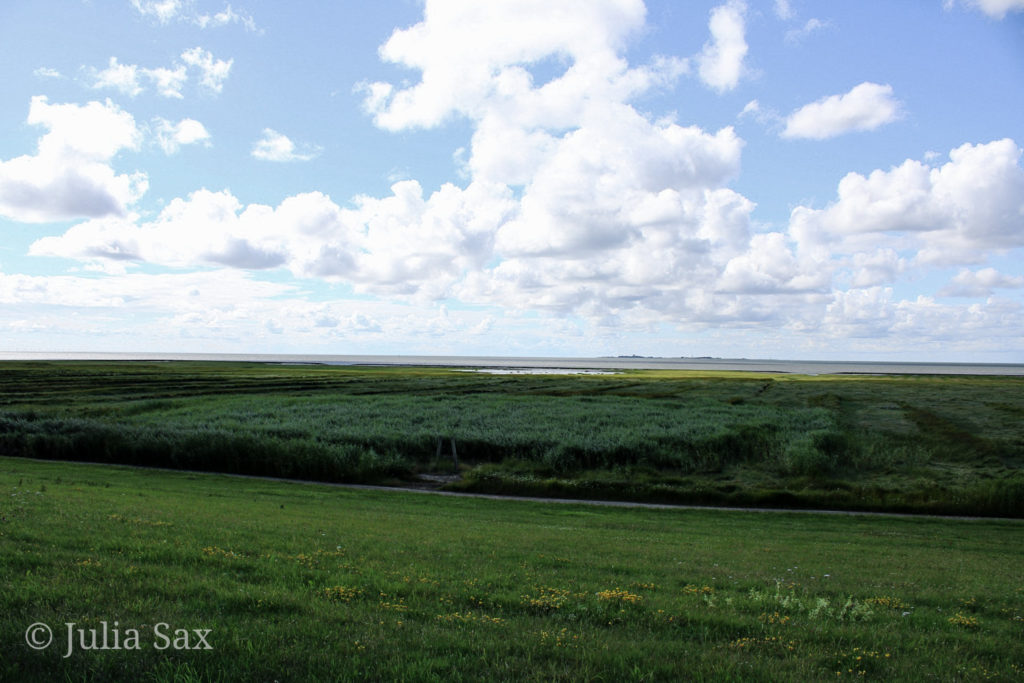